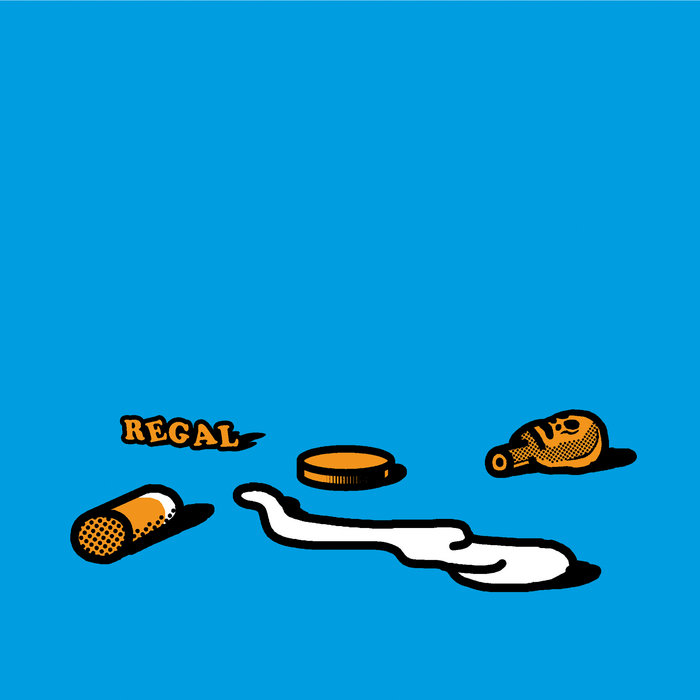 Their landmark debut album « Possible endings » came out at the very end of 2011 as a co-release on Frantic City and Azbin, then their equally enjoyable sophomore « Misery, redemption & love » came out a year after on the band’s own prolific record label Azbin Records. Their third, « Two cycles and a little more », which is also quite something, was just released a few months ago on Born Bad Records. Now the first two albums were recorded as they could with the entire band but for the third album’s session - from which are taken the three tracks on this new record - they were only two members in the studio and took more time to work on their songs. And you do hear it.

They may have met on World Of Warcraft, as has been stressed before, but this is far from showcasing their sensibility and songwriting ability which made Regal - originally formed in Lyon, France, but now located in Tournai, Belgium - one of the top bands in the contemporary Euro-Garage scene. But this is still quite reducing, just listen to any song from Regal and you’ll hear Garage music alright but also pinches of Pop, Folk, even Country, music styles that the two comrades probably dig as much as Garage itself.

On their first 7 incher they’re offering us three songs they coudn’t fit on the third album wrapped in a nice Antoine Marchalot cover as usual. This one will officially be coming out on August 1st, at the band’s first appearance at the Binic Folk Blues Festival.