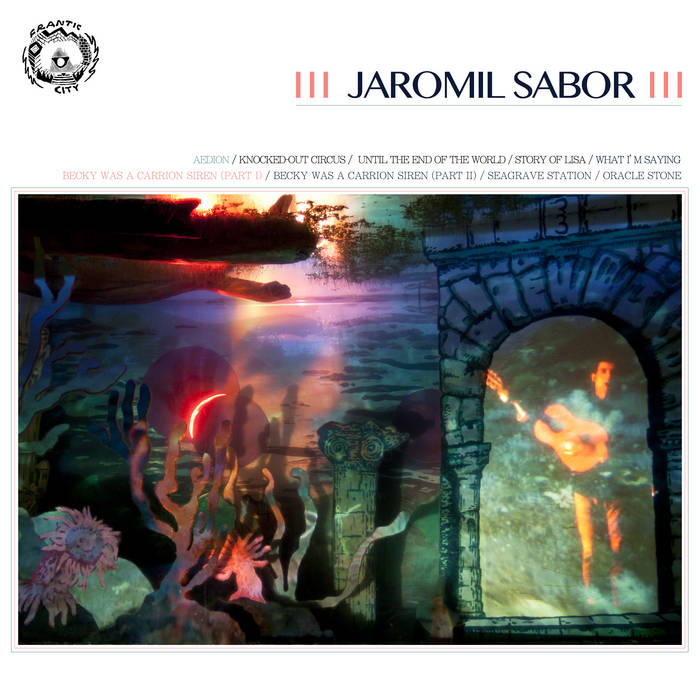 Though he might still be a few steps away from his teen idols Slash and Bruce Springsteen, Jaromil Sabor managed to build himself a solid reputation among the French Rock scene during the last ten years. Growing-up in Bordeaux, he played silk-soft Pop songs with The Artyfacts before getting a little angrier, howling in Garage Punk band Arthur Pym & the Gordons. But it seems like it is only since he started his solo project that he was able to fully express himself…

Back in 2012, « Marmalade Sculpture » gave a first insight into his obsession with well-wrought poetical Pop. Two years later the amazing « La Santa Roja » confirmed his lust for adventure. With this third record, Jaromil Sabor keeps doing whatever he likes without seemingly caring about anything around him – including current music trends. This truely is a frantic record and the sounds coming out of this piece of plastic picture a permanent battle between elaborate Pop melancholy and primitive Garage Rock energy.

Soberly named « III », this record is announced on Frantic City Records - who already released a tape by Jaromil Sabor & Prêcheur Loup earlier this year - and to celebrate the release of his new record, Jaromil Sabor will be touring France, Switzerland and Belgium in February 2016 with a bunch of guys picked from bands such as The Fatals, Skeptics, Bad for Bugs and Prêcheur Loup.