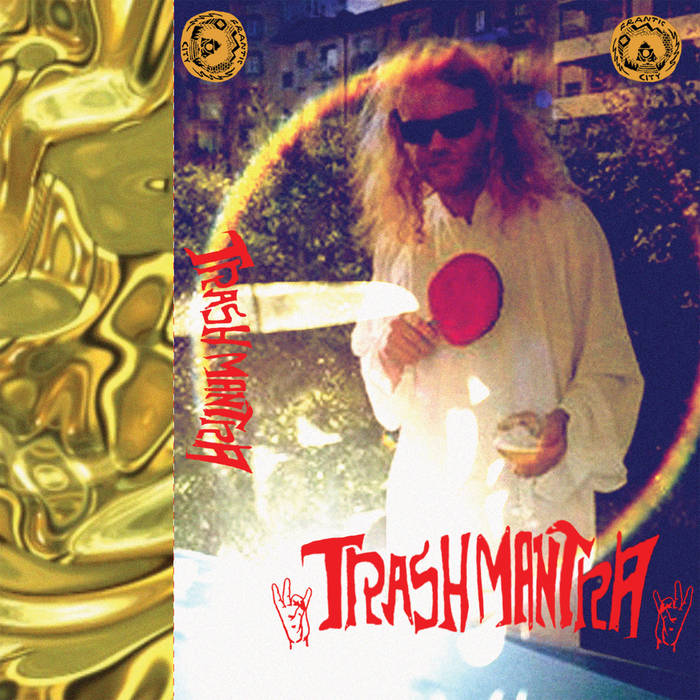 When he’s not running around with one of his bands – Dee Diglers (RIP), Love Cans, Los Orioles or Schade, tearing down a wall in his « Fokof » bar / record shop located on the second storey of a big squatted building in Biel’s suburbs, or working on his own « Sacred Hood » record label’s next release, Dany, a French-speaking Swiss guy of Dutch origins, still has some time on his hands to fiddle around with his vintage Casio keyboards. Out of these experimentations dark and haunting melodies emerge, and Dany then adds his own twisted voice on these, singing sometimes in French, sometimes in English. We at Frantic City haven’t recovered from the first shock yet and eventually chose these four songs for the first Trash Mantra release. Four tracks that almost sound like Suicide demos - and an Alan Vega trying to sing in French. Oui monsieur.
Mastered by The Rest of Alfredo Garcia – download code hidden inside.